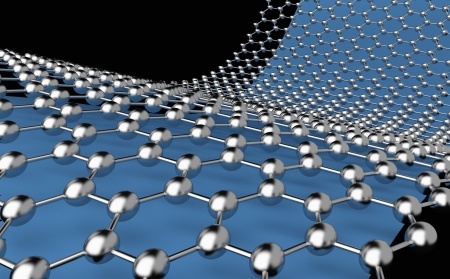 Samsung and an affiliated lab say they have grown large-scale, impurity free graphene, a vital step toward making the material economical enough for routine production in electronic manufacturing.

The team out of Sungkyunkwan University’s School of Advanced Materials Science and Engineering and the Samsung Advanced Institute of Technology was able to make large sheets of graphene by growing it on a layer of specially treated germanium. The graphene begins growing in several places and then joins together, merging several small sheets into one large seamless one; a feat that has been very challenging up until now.

The graphene manufacturing and germanium are only weakly attached, allowing the team to remove the graphene as a single sheet and reuse the germanium.

Graphene, which is made up of a single layer of carbon atoms, is strong, flexible. Highly conductive and great and heat dispersion. As a result, Samsung and other device manufacturers are very interested in incorporating it into the upcoming wearable and flexible electronics.

Graphene is often touted for its potential to substitute silicon in computer chips, which would permit for faster, more efficient computing. But it is also a chief candidate for displays — which commonly rely on indium tin oxide — because graphene is just an atom thick, transparent and ultra-tough.